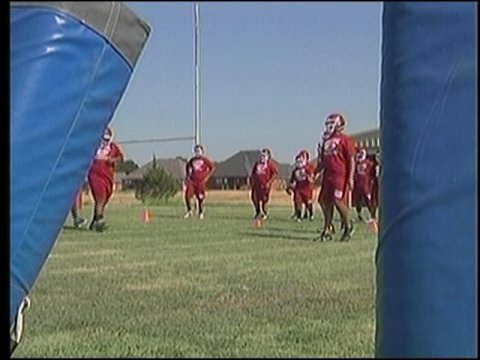 ARDMORE, OK -- Despite some of the hottest temperatures yet, Oklahoma schools started two-a-days today. Ardmore hit the practice field under the direction of new head coach Doug Wendel.  The Tigers were 6-5 last season and fell in the first round of the playoffs.  They return 7 starters on defense with a lot of experience, but Ardmore lost 4 of their offensive lineman and are working on building their depth.  Although this is his first season, Wendel is excited about the Ardmore senior class.

"This senior class is special.  They've got 22 of them.  There's good leadership.  There's good talent.  And they seem to be a real close knit group.  And I've been thrilled to death working with them all summer; anxious to get out on the field and see the same things in these first practices," Wendel said.

Ardmore kicks off the season at home against Ada, September 2nd.