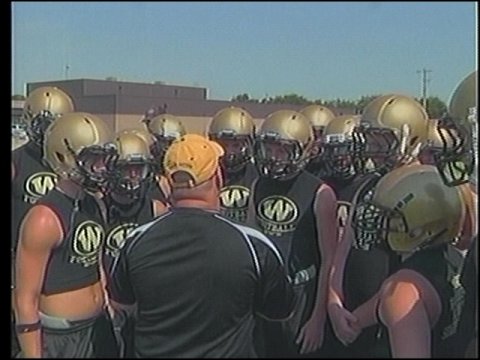 WHITEWRIGHT, TX -- Last year, the Whitewright football team had a perfect regular season, but since then the Tigers have had many changes.  They've lost a lot of seniors as well as their former head coach.  But they didn't look to far to find his replacement in Defensive Coordinator Jack Wylie.  Whitewright has a senior class of only seven but the Tigers boast plenty of young talent.  Wylie thinks their offensive and defensive lines will be their strength, especially when it comes to running their spread offense.

"We're going to give the ball to our best player every snap.  And so, Tyrone can not only run, but he can also throw it.  The offense runs through him.  We're going to be no huddle and let our tempo dictate the game, hopefully," Wylie said.

"I'm an alright passer.  I can definitely work on that, but I'm definitely running the ball," Junior Quarterback Tyrone Swoops added.

Whitewright opens up the season at Nocona.