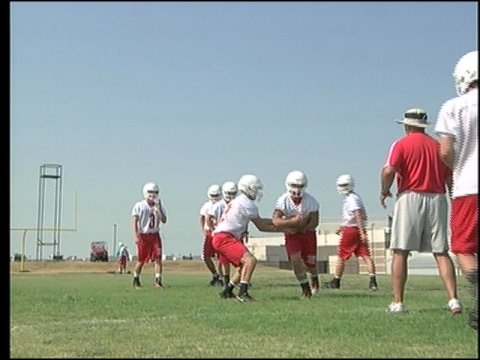 POTTSBORO, TX -- The Pottsboro Cardinals are coming off of a 10-2 season, including a second round playoff loss.  Head Coach Matt Poe says expectations are always high, especially when returning 5 on offense and 6 on defense.  They also have experience at the quarterback position.  Tanner Frye comes back after starting the last 6 games of 2010.

"We feel really good about it.  We have three of our five offensive lineman back and a lot of our skill guys played last year.  We're excited about what we have coming back and those guys that have moved up from junior varsity are really going to make some impact," Poe said.

"Defense is going to be the strength.  Stopping everybody, we're going to have a solid defense.  We'll stop the ball and keep people from making touchdowns," Senior Defensive End Kameron Heady added.

Pottsboro opens up the 2011 season, August 26th at home against Henrietta.