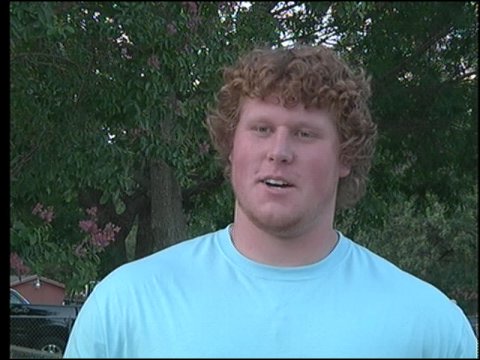 DENISON, TX -- Finding out about the lockout lift wasn't the only good news former Dension football player Ryan Taylor got this week.  As a result, the UCLA center signed with the New Orleans Saints Tuesday afternoon.  Taylor said the Saints talked to him before this year's draft and contacted him as soon as the lockout was over.  Now, he's just grateful to be on a NFL team roster.

"Just knowing all the hard work that I've put in towards this point.  You know, all the countless hours I've put in.  That really means the most to me.  Now that it's over with, it feels as if a thousand pounds has been lifted off my shoulders," Taylor says, "It's a new journey in life and I'm ready to go."

Taylor leaves just about as fast as he signed.  He's packing his bags tonight to head to the Big Easy on Wednesday.