Sherman's Kyle Crick talks about his decision to go pro 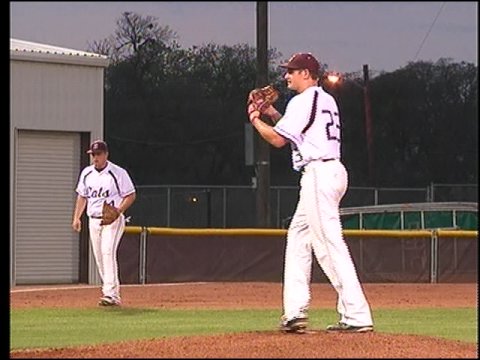 SHERMAN, TX -- Sherman baseball's Kyle Crick is headed to the majors.  KTEN Sports Tatum Everett spoke with the pitching ace who is already at the San Francisco Giant's rookie league in Scottsdale, Arizona.

Former Bearcat standout Kyle Crick opted out of a baseball scholarship to TCU to play professional ball for the San Francisco Giants. For Crick, the decision to go pro was all about his health.

"Three of TCU's pitchers this year, they all got hurt and they were all supposed to go really high in the draft.  Two of them were high draft picks out of high school and they didn't take it and it kind of backfired for them," Crick explained, "So arm health in college was a big thing. Just pretty much decided to get an early start."

Crick reported to the Giant's rookie league two weeks ago.

"We get up pretty early, go work out, run a little bit. Then practice will start around 2, and then game are around 7. And then we do it all over again," Crick said.

The righty is even set to get his first start on Thursday.  And what will he do with his $900,000 signing bonus?

He says he's "probably putting it with a financial advisor; putting it in something to grow."\

It's a very exciting time for the 18 year old who is now one step closer to his dream.