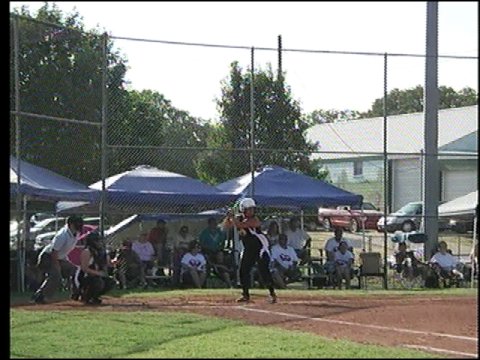 DENISON, TX -- All weekend we've talked about the state Dixie belles softball tournament going on right here in Denison, Texas.  And it's the hometown girls who have been dominating.  The Denison Dixie Belles are the only undefeated team left and they've run ruled every opponent.  Denison took on Pineland in the semifinals.  And they do it again -- they beat Pineland in 5 innings, 13-1.  They also defeated Franklin County in the championship game, 13-0, to win the state tournament.  The Denison Dixie Belles outscired their opponents 104-5 to take stare and will now represent Texas at the Dixie World Series in Virginia.