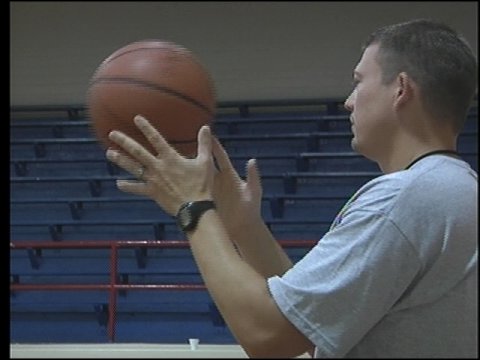 DURANT, OK -- Summer basketball camps are coming to a close, but Durant High School squeezed in their own workshop this week and even featured the new boys basketball coach.  Tatum Everett has the story.

There's a new face behind the whistle at Durant High School. The Lions new basketball coach Jason Wilkerson has already hit the hardwood running, hosting his first camp for local students this week.

"Fundamental basketball," Wilkerson says is the camp goal, "Things they can do at home to improve their basketball skills. And we're trying to make sure they're having fun. And that's what I wanted. I want them leaving wanting to come back."

Coach Wilkerson said he's going to take the same fundamentals and skills that he teaches at his basketball camp and bring them to his high school players.

"My basic philosophy is hard work and fundamentals. If you can take care of the basketball and do the little things, you're able to do the big things," he adds.

The Lions have struggled in recent seasons, but Wilkerson is optimistic about the opportunity.

"To build a program to what I think Durant can become. And from what I've seen so far, the young kids coming in to camp and the kids that come in from the high school at open gyms that we've had, I'm really encouraged by what I've seen and pretty excited about working with them," he explains.

Wilkerson adds he's also had a very warm reception from the community.

"Nicest community I've been in so far. I was at Marlow and they were extremely nice when I was there. But just very, very welcoming. It makes it easier to consider it a home," Wilkerson said.

The transition has been easy so far and Wilkerson hopes the improvement on the court will follow in stride. He added that every single one of the campers improved over the 3 day camp.