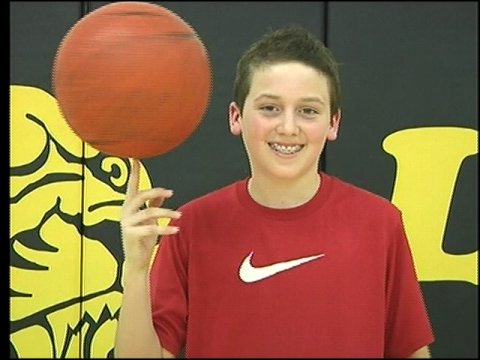 LATTA, OK -- At only 13, Seventh grader Carter Kessinger is making quite a name for himself in local hoops because of his stroke. This free throw shooting machine is taking his talents to the national level. Tatum Everett introduces you to the one of the best free throw shooters in Oklahoma.

He lines up his feet, dribbles, and with a flick of the wrist Latta, Oklahoma's Carter Kessinger has secured a spot in the Elks national free throw competition.

"I've had a lot of practice, but I think some of it has to do with having a natural shot," Kessinger says.

According to Latta Elementary Principal Phil Shivers, "Dedication is the only reason why he's successful. I've seen him in the gym at all hours of the evening, after school, shooting. Not just free throws, shooting. He's an avid basketball fan and player."

That lethal combination has helped Carter win his school's Elk Hoop Shoot competition 6 years in a row. Just two weeks ago, Carter took home the regional title, beating out over 340,000 people in the 4 state area. That title is now sending him to nationals where he will compete against 11 other regional champs.  Kessinger added, "It was amazing. Couldn't describe it."

And of course, every good free throw shooter has their routine.  So what's Carter's?  "Just spin the ball in my hands one time and bounce the ball three times.  And Ii keep my rhythm going by bouncing my feet and keeping my momentum going.  And then Ii just go up and shoot,." Kessinger describes.

Although this is Carter's last year to compete, he says this experience has showed him hard work pays off. A lesson he added he'll use for the rest of his life.  Carter travels to Springfield, Massachusetts on April 30th to compete for the national prize. The winner gets their name on a plaque in the basketball hall of fame.