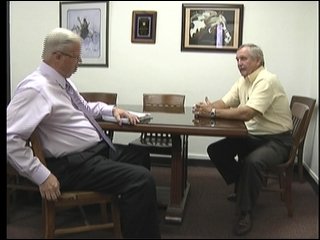 DENISON, TX--Denision will soon have a new city manager. Monday, the four finalists were announced.

All four candidates have served as city managers---or assistant mangers--in Texas before.

Each will be given a tour of the city and have dinner with a council member.

"To me, the other most important thing is how they fit," Robert Brady said, Denison Mayor. "You can look on a piece of paper but if you don't have the attitude or personality--or if you're not able to blend in."

A decision is expected to be made before early February.