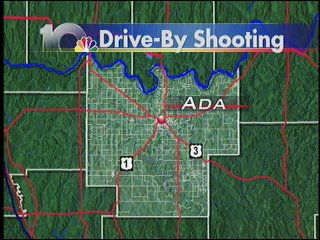 Pontotoc County Sheriff John Christian says two woman we're arguing with a person at the house when one of them went to get her husband.

The husband came by and shot three times at the house.

Someone was on the porch at the time, but was not hit.

Deputies arrested Jason Dobbs--among his charges is shooting with intent to kill.

They're charged with robbery by force or fear.