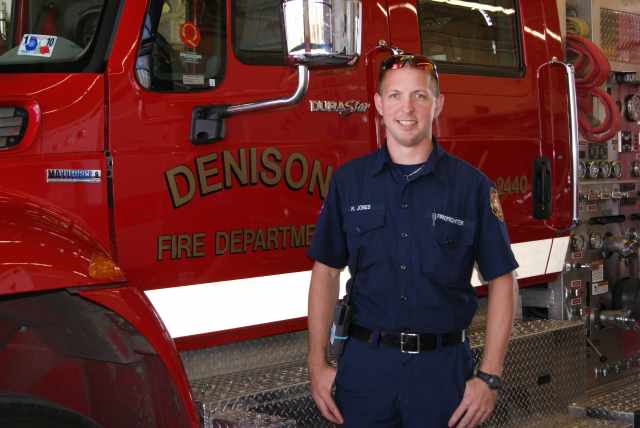 DENISON, TX -- For the second time in a week the Denison Fire Department is forced to say goodbye to one of their own.

Denison firefighter Robert Jones lost his battle with cancer. The 27 year old from Bonham was a father of three, and served with the Denison Fire Department for two years. Jones funeral is planned for this Sunday at 2 o'clock at the Seventh and Main Baptist Church in Bonham.