"Puffing" putting your vehicle at risk of theft 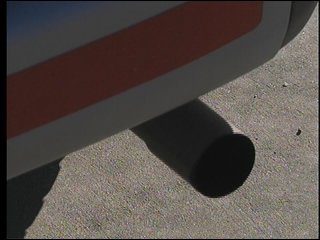 DENISON, TEXAS - With colder temperatures approaching this weekend, your vehicles and possessions inside may be at risk for theft.

When colder temperatures kick in, many choose to pre-heat their vehicles to avoid a cold car seat and get some frost off the windshield. But while many are thinking about how they'll be driving away in a warm car, they don't realize, they're making themselves a target for car theft.

It's called 'puffing' and it's a thief's best friend. It's when you leave your keys in the car and exhaust running, to warm the car up before driving off. Puffing isn't illegal in Texas or Oklahoma, like some other states, but officials with the Denison Police Department say it is a risky habit they advise against.

"What that does is open up the opportunity to get in the vehicle to take something out or steal the vehicle," says Lt. Mike Eppler, Denison Police Department.

Lt. Eppler says it happens. Just a few years ago a driver left his keys in the car to make a quick purchase in a convenient store. When he returned, his car was gone.

Also just recently, the Ardmore Police Department warned folks about multiple car burglaries, some of those in the mornings.

The police department is reminding the public to always lock their car doors to err on the side of caution. That way you and your car can avoid being a crime of opportunity for a thief.