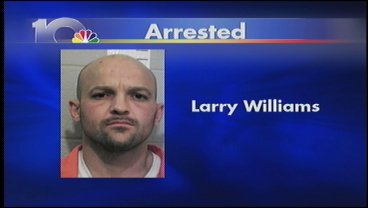 LOVE COUNTY--Authorities have released the name of the man that lead police on a high-speed chase from Carter County into Love County.

Police arrested Larry Williams of Marietta, Oklahoma for alluding police, driving under the influence and driving with a suspended license.

Just after 1:30 Tuesday afternoon, police tried to pull over Williams in Healdton, Oklahoma.

He refused to stop and the pursuit ended when Williams hit a tree on Lake Road in Love County.

The car burst into flames.

His passenger was flown to an Oklahoma City hospital.