Crisis Centers See a Spike in Domestic Violence After Holidays 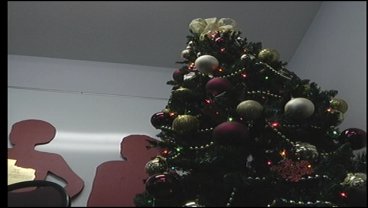 SHERMAN, TX--Shortly after the holiday season, Crisis Centers see a spike in domestic violence. In the State of Texas, the trend has been increasing over the past three years.

**The name of the victim has been changed in the story for privacy purposes.

Five years ago, "Cindy" was in love. She was dating a guy who gave her everything she wanted--or at least she thought.  A few months ago, he threatened her life. It wasn't the first time.

The gun that Cindy's boyfriend pulled on her...forced her to leave in October. She wasn't just scared for herself, but terrified for her future child.

"Like I said when I got pregnant I decided I'd have to take care of me and the baby--what's best for us," Cindy said.

Cindy's story isn't uncommon during this time of the year. The stress of finances and the holidays can lead to an ugly situation at home.

"The domestic violence sexual alcohol drugs...of those statistics are up high during this time of year," Misty Thompson said, Grayson County Crisis Center Advocate. "During the holidays, during more stressful times of the year. It seems to be those are higher--the statistics."

Cindy stayed with a relative for a week until her boyfriend found out where she was. Since then, she's been in hiding and staying at the Crisis Center for help.

"I lost everything," Cindy said. "Sometimes you have to lose everything to gain whatever--gain the world."

For other women going through the same thing, she says there's hope.

"Letting go is the hardest thing," Cindy said. "Once you do, it's all uphill from there."

Moving on for women like Cindy was also a way to survive.

The Grayson County Crisis Center says that during the holidays, the most common type of abuse is actually verbal.