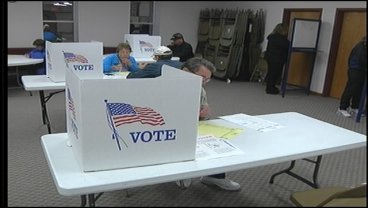 OKLAHOMA--Voters in Oklahoma could see new polling machines by next election. State officials say it's time for the old machines to retire.

According to the State Election Board, the machines are 18 years old, but the state only expected them to work for 10 years. The new devices can be expected to hit voting precincts by 2012.

"They put it off as long as they could because the system works just marvelous but it got to where they couldn't get replacement parts for the machines and so when that started happening they knew that they had to upgrade," Linda Fahrendorf said, Bryan County Election Board Secretary.

No model has been chosen yet. State officials are looking for something similar to what they currently have.  State officials say that voters shouldn't notice much difference when they mark their ballots next election.