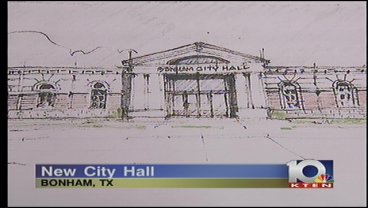 BONHAM, TX--After years of sharing a building with the police department, Bonham City Hall will soon have a facility to call its own.

Council members say that they were the lowest bidders for the construction---staying within the city's 1.3 million dollar budget for the project.

"It's going to take about one hundred - sixty to one hundred - eighty days," Roy Floyd said, Mayor of Bonham. "That's the length of the contract. The construction period probably includes some weather days, so it's probably sooner than that.  We're ready to do it... we've been here sixty - one years in our present facility, so it's time for us to move on."

Council members hope to the project will be done in six months.