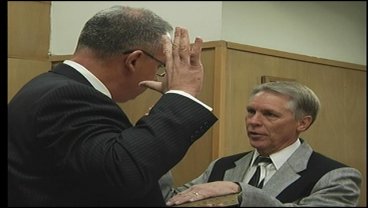 Most recently he served as police chief in Savoy .

"The one thing I want to do is try to work on the morale of officers and I think in the past we've had a real family atmosphere with them," Donnie Foster, Fannin County Sheriff. "Some people call that the god old boys syndrome. It's not," Donnie Foster, Fannin County Sheriff. "We don't do things based on favorites, but we do things fairly and I think that works well."

The Mayor of Savoy is acting as an agency administrator until a new police chief is found.