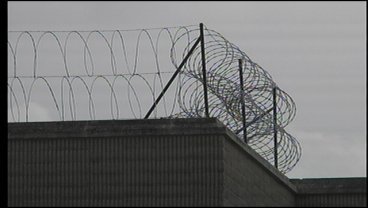 SHERMAN, TX--County commissioners have been discussing for years on where a jail addition can be built. Now that they know it can stay downtown, they have to pick a contractor that says they can do the same.

The Grayson County Jail in downtown Sherman will soon be a construction site. Within weeks, a contractor will be picked to break ground.

"Well most of the contractors who bid on this got a lot of experience in the building jails," Johnny Waldrip said. "Not just anyone can build a jail. It requires someone who has experience because there's lots of requirements."

Bids for the jail will close January 26th. The biggest issue when it comes to the jail is the age of the building and the space. A former inmate said that when she was there space wasn't a problem.

"Instead of two per room, they were adding three per room, and that was working and I don't know if they finished it up or not but they were working on it when I was here," Debra Lynch said, former inmate.

Construction plans will have to be approved by the Jail Commission in Austin. County Commissioners estimate it will cost $5 to $7 million.

"Different amounts of steal in the walls, different type of foundation," Waldrip said. "There's a lot of extras. Security and extra building requirements that go into the jail."

The contractor chosen for the bid will be given the architectural challenge to build a structure that can expand upward instead of outward so no additional property has to be purchased and so the jail can stay downtown.

"Probably more comfortable, but who cares about prisoners being comfortable," Lynch said. "I mean really."

When complete, commissioners hope it will meet Grayson county's needs for at least another 10 to 15 years.

96 beds will be added in the addition. The structure will be built so that another 96 bed can be added if need be. Depending on the contractor, construction can begin as early as February 2011.