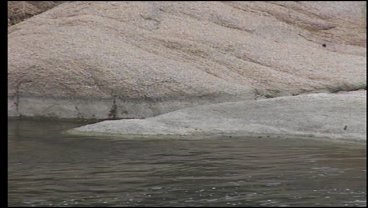 TISHOMINGO, OK--Opposition to mining near an important water source in southern Oklahoma is growing.

One Texoma city fears it will hurt their water supply.

One mine could go in less than a mile from Pennington Creek--the only water source for Tishomingo, Oklahoma.

The concern lies with what's called pit water, that is water that enters a mine during excavation.

Because lots of water enters a mine during excavation, officials in Tishomingo fear the mine could use too much water from Pennington Creek and cut into their water supply.

"The whole identity of this area...depends on clean water, fresh water, flowing water. It's part of who we are," said Mayor of Tishomingo, Lewis Parkhill.

One opposes construction of the specific mine near Pennington Creek and the other supports legislation that would regulate how much water is used during mining excavations.

Parkhill says he supports having the Oklahoma Water Resources Board handle the regulations.