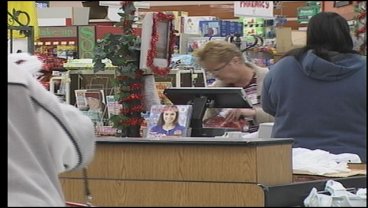 OKLAHOMA--North of the Red River, Oklahoma legislators are looking at a controversial move to change state liquor laws.

Some lawmakers want to allow grocery stores to sell wine and stronger beer.

We talked to some grocery stores today and the manager at the Sonners grocery store in Tishomingo said she opposed it--believing more access to alcohol could lead to more societal problems.

"I believe that anything that overtakes your brain, whether that be beer or whatever, I don't want to have any part of it," said Cheryl Parker. "I just don't want to do that. I don't want to sell anything in this store that would not be a blessing to God.

The manager of the Homeland Store in Ardmore says he would support stronger beer being sold in his store.