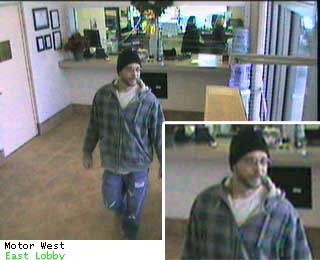 The call came into police just after 9:30am Tuesday morning. Authorities say a man walked into the bank, demanded money, then left on foot. It is not believed the suspect brandished a weapon. No one was harmed during the incident.

Authorities are still on scene interviewing bank employees and witnesses. So far, very little information is being released.

The following description of the suspect has been released:

If you have any information about the crime contact local authorities.