The Big Question for Shoppers: Returning or Buying? 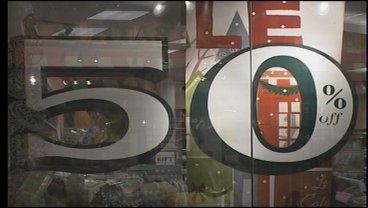 ARDMORE, OK--Even with Christmas over, shoppers in Ardmore and elsewhere in Texoma were trying to find end-of-the-year shopping deals.

The crowds we're pretty light this morning at Mountainview Mall in Ardmore, but the big question for shoppers was are you returning or buying.

We found several people eager to get out and take advantage of some good deals.

Keisha Brewer said she was perusing Hobby Lobby for some half-price deals--she had already finished returning her gifts.

Taylor Hatton shopped for some new shoes, while Jordan Stowers used his gift cards for food.

Mall Manager Cathy Bump says she saw a lot of shoppers returning gifts and also using those gift cards the day after Christmas.