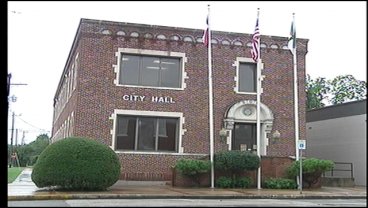 DENISON, TX -- Denison's search for a new city manager turns up more than 90 candidates from across the United States. Deeda Payton spoke to the man in charge of filling the shoes of retiring city manager, Larry Cruise.

Now, the search is on for someone to fill that position which is why the city decided to hire someone who specializes in recruiting city managers in Texas and Oklahoma.

About three months ago, the city of Denison hired Ron Holifield of Strategic Government Resources to recruit a new city manager. In that time, the city has been overwhelmed by the number of strong candidates that are vying for the job "We spent a lot of time on the front end working with the city council. We did interviews with each of the council members, with the mayor as well as all the senior staff and some community leaders to develop a profile and then we went out and specifically looked for candidates that would fit that profile," said Ron Holifield, CEO of SGR Executive Search.

Of the 90 candidates vying for Denison City Manager, Holifield says 56 are currently city managers in other cities across the country.

Holifield says they hope to narrow the candidates in the coming weeks and plan to conduct interviews by the first of January.