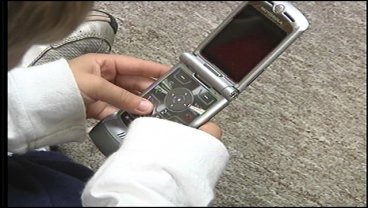 GRAYSON CO. TX -- A warning for parents and what could be a serious public safety issue.  Children are playing with old cell phones and accidentally calling 911.

Upgrading and getting the latest, greatest cell phones seems to be the thing to do these days.  But often times, people will keep their old phone and give it to their young children to play with.  But here's what parents or caregivers need to realize.  Cell phone technology is such these days that even if the phone isn't activated with a cell phone provider, as long as it can be turned on, by law it must be able to place a 911 call.  If a child is playing with one of these phones, they could inadvertently dial 911 and that can create even more problems.  Tom Carter, with the Grayson County 911 Call Center says, "It causes other issues because if it's tying up a 911 line and the kid is calling continuously then if there is an emergency, then that delays a call being taken by other 911 operators."  The best advice, if you do want to give a child an old cell phone to play with, is to remove the battery.  But replace the back cover because some of the cell phone's components can be hazardous.  But even better advice is to donate your old cell phones to an organization that will put them to use like a women's shelter or other charity.