City of Bonham Applies for Grant for New Police Cameras 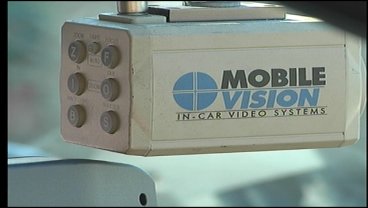 BONHAM, TX--VHS tapes aren't just a thing of the past in movie stores. They're also trying to get rid of them in the police department in one Texoma town.

The City of Bonham applied for a USDA grant for digital police cameras. The new system is estimated to cost $50,000.

"Currently the biggest trouble we have with the VHS is getting more cassette tapes," Corby Alexander said, Bonham City Manager said. "You don't think about things but nobody's selling VHS, so it's really a struggle to find the actual cassettes."

"Easier ability to recover the information from that shift," Mike Bankston said, Bonham Police Chief. "Streamlines the process, plus gives us a better and more modern system."

If approved, the grant would cover more than half the cost. City officials will officially know if they have received the grant by January 2011.