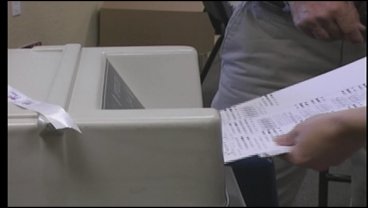 Here's how it works: voters can fill out straight ticket in any one of three columns on the ballot--each representing different races.

However the state election board says many times the numbers are reversed.

"In 2004 about 55 percent of straight party voters voted Republican and in 2006 it was reversed and about 58 percent voted straight party Democrat. It flipped back to republican in 2008," said Paul Ziriax, Secretary for the Oklahoma State Election Board.

We talked Representative Sam Buck about his tight race and he said he felt straight party voting hade a big impact on the outcome.