Tight Race for District 49 Could Lead to Recount 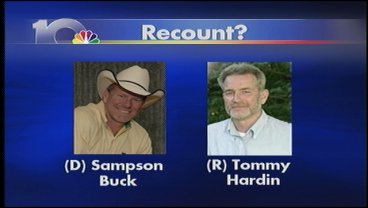 SOUTHERN OKLAHOMA--A surprise result in one southern Oklahoma race could lead to a recount.

According to Oklahoma statute, Buck has until five p.m. on Friday to ask for a recount.

He can ask for a recount for specific precincts or the whole district.

We talked to Sam Buck today and he said he has not decided on whether to ask for a recount.

Still, the Representative said he felt straight party voting played a big role in the race.