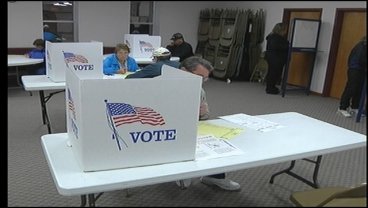 BRYAN COUNTY--Whether you're a republican or democrat in Oklahoma, you probably voted for a woman for governor. That's because both candidates on the Oklahoma ballot are female for the first time in history.

No matter who Oklahomans pick, there is one certainty about the future governor...it will be a she. For the first time in state history, both the democrat and republican candidates are women.

"To me, gender doesn't matter," Sarah Johnson said. "I think it's about who the person is and what they stand for and what they're going to do in office, but I think for a lot of people it does. I think it's good for Oklahoma people to kind of be pushed a little bit."

"Our first female governor I think will be a good thing for Oklahoma," Stuart Rustin said. "We certainly want to be progressive and move ahead for the future and I think one of these ladies will do a fine job."

Most voters are optimistic about the future female leader.

The first female that was on the ballot for governor was Laura Boyd in 1998, but she didn't win the top job. This time, it's certain the governor will be a woman.

"I think there will be a lot of changes. Good changes," Loretta Whalin said.

"I think if it was a man against a woman it would've affected it," Johnson said.

Most voters said they're confident that both candidates are qualified for the job.

"Behind every successful man stand a good woman," Whalin said.

The winner will succeed governor Brad Henry, who can't seek a third term because of term limits.