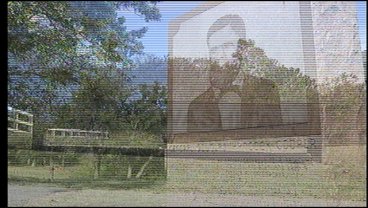 BRYAN COUNTY, OK -- Even though the barracks burned last month, Fort Washita isn't dead. It's actually the land of the undead at least for the nights leading up to Halloween. We're talking about the fort's annual ghost stories event. Deeda Payton has more on the haunted grounds.

For hundreds of years, reports of ghost sightings and encounters have been swirling around the historical sight, so in honor of Halloween Fort Washita hosts a special tour to share their spooky stories with the public.

Fort Washita is located northwest of Durant. Last month, the barracks which were built in 1849 burned, but grounds keepers want the public to know the fort is still open daily for tours and is still hosting the annual ghost stories event.

Ron Petty, who has worked at the fort for the last decade, says he has been overwhelmed by the outpouring of support from the public following the fire. He says the tours tonight are already sold out.

Petty says a number of fundraiser's are going on across the area to raise money to rebuild the barracks. He says it will cost anywhere from two to three million dollars because since it is a nationally registered landmark it will have to be built back exactly the way it was originally.

The first tour of ghost stories starts Wednesday night. The last tour is Saturday, but once again many tours are already sold out.