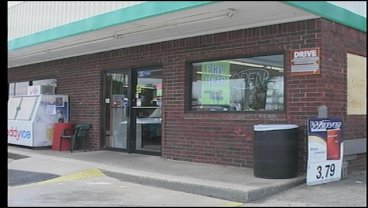 LONE GROVE,OK--Quick thinking by a neighbor may have helped catch two accused burglars in Lone Grove over the weekend.

It happened at the S&J Mart on Meridan Lane.

A witness noticed a teen crawling out of the store window just after midnight Saturday morning.

He tried to stop the teen but he got away.

Then hours later, when the store opened, the cashier noticed they'd been burglarized again.

Two suspects were found at a nearby house and were taken into custody.