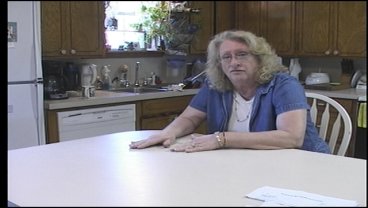 The money is a lifeline to many seniors but some residents will have to wait ten days before they receive their money.

Meredith Saldana has more on this developing story.

Susan Montgomery and Jimmy McGahee live nearly forty miles apart but this week they're both dealing with the same issue.

They're still waiting for their social security checks.

"Well, my check was due on the thirteenth and it didn't come that day," said Montgomery, a resident of Overbrook,OK

These two families are not alone.

The Social Security office in Ardmore reports the over two hundred checks in Southern Oklahoma have disappeared--leaving many seniors with unpaid bills and overdraft accounts.

Susan Montgomery is already two hundred dollars in the red in her account and says her missing check is causing her many problems.

"I have children in Oklahoma City and Texas and we can't go either place to see our children," she said. "I can't even go to the store and buy a gallon of milk right now, I don't have the money."

Oklahoma City still has yet to find the missing checks.

"I can't believe it. They either say they lost them, they don't nobody want to admit where they are or what happened," said McGahee.

The problem has even reached all the way to the state legislature.

"We're going to find out exactly what the source of the problem is and do what we can to make sure it doesn't happen again," said Representative Tom Cole. "It's pretty disturbing for people that count on that each and every month and all of the sudden its not there."

When the check situation is finally cleared up, it will still leave residents to pick up the pieces.

For now, it's just a waiting game.

"That's all you can do is wait. Wait the ten days and when the ten days comes if I aint got my check, I'm going to be back on that telephone calling Social Security," said McGahee.

If you haven't received your check, you must call the Social Security office to file your claim.

So far, officials believe the problem only affects those checks delivered on the second Wednesday of the month and those people living in a zip code beginning with the numbers 734.