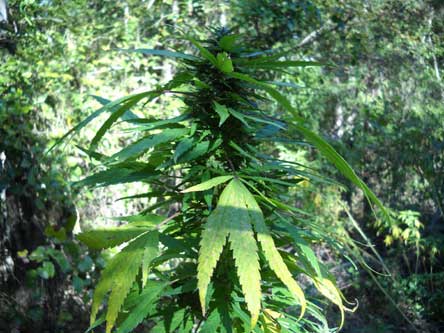 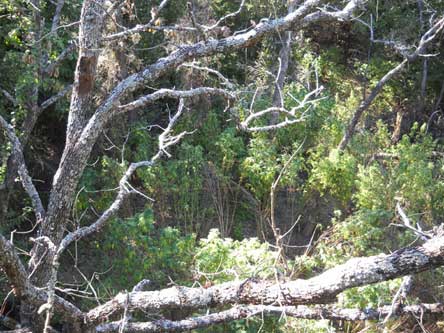 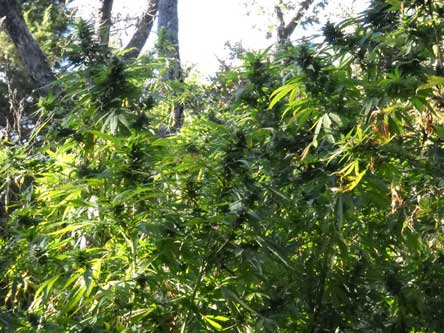 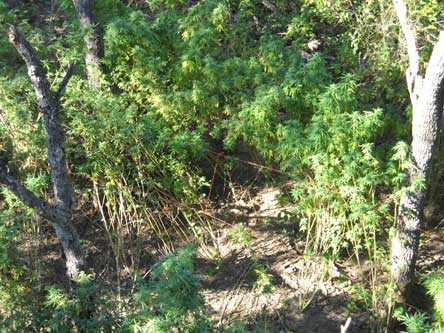 WHITESBORO, TX -- Over the past several weeks the Grayson County Sheriff's Office along with the Department of Public Safety have been conducting surveillance on a large marijuana grow south of Whitesboro.

On October 15, 2010 law enforcement began to pull the plants and collect evidence related to the grow. This particular grow has been under surveillance with the use of cameras for several weeks, not to mention many hours of manpower used during observation.

It is believed that the marijuana grow is related to a Mexican cartel operating numerous grows in the Texoma area.

The Grayson County Sheriff's Office and the Department of Public Safety believe that several arrest will be made in this case. The marijuana crop had an irrigation system running throughout the plants from a nearby pond.  The plants ranged in height from 6 feet to 15 feet, each plant covered in numerous "buds" (the part of the plant growers want) and yielding between 1 and 2 pounds per plant.

This particular marijuana crop could have yielded about 1,140 pounds of quality marijuana with a street value exceeding $800,000.00.

These types of marijuana crops are extremely dangerous to the citizens of Texoma based on several factors:

1. The Mexican Cartels are very violent groups, who will protect their crops at all cost.

2.  These cartels have been known to place armed guards around the grow sites, set up deadly booby traps in and around the marijuana fields, which makes these areas very dangerous for local hunters, hikers and nature lovers who like to go out and explore.

3.  These are cash crops which are scattered across select Texoma areas that could bring the cartel several million dollars if they are able harvest the plants and get them to their buyers.