No Cost of Living Adjustment for Social Security for 2011 - KTEN.com - Texoma news, weather and sports

No Cost of Living Adjustment for Social Security for 2011 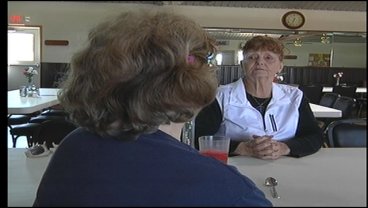 COLBERT, OK--One group of Americans will not be getting a raise next year. It's the second year in a row that there will be no Cost of Living Adjustment (COLA) to social security paychecks. Because there was no Consumer Price Index increase at the end of this year, the checks will stay the same in 2011.

Shirley Whinery and Wanda Vallance say they come to the Colbert Senior Center a few times a week to get an affordable lunch. They're both are on social security.

The federal government announced that their paychecks--and more than 58 million others--will not get a Cost of Living Adjustment for next year.

"It's not a whole lot of money--when you're living on your social security--you know it makes a big difference," Whinery said.

The Department of Health and Human services hasn't announced a change to Medicare Plan B yet.  if premiums rise, 70 percent of recipients will be protected with a cost freeze. But with the price of everything else, Vallance says it's not enough.

"You know when the cost of everything goes up--guess what--all these [car, health, etc] insurance companies going higher and higher," Vallance said.

Whinery said she no longer has any savings because of bills.

"It means putting yourself on a budget and sticking to it," Whinery said. "I mean you really have to watch every penny and you get behind on something or an emergency comes up, then it's really hard."

Vallance and her husband decided to sell their second car two years ago because they couldn't afford to keep it. The cost of car insurance and additional health insurance, she said, isn't cheap either.

"It takes almost all of my income to pay the insurances that's adequate for us," Vallance said.

Whinery and Vallance are Looking for work now, just so they can make ends meet.

"Kinda get in that area where you know what you can spend and what you can't and you just don't buy a lot of extras," Whinery said.

With fixed incomes, they're just trying to watch every penny

The cost of living adjustment has been in effect since 1975, and is determined by the Consumer Price Index increase last year's third quarter and this year's current quarter.