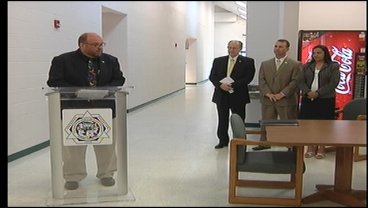 The university hopes the money can attract more medical students, who can be future doctors.

"We've seen declining health statuses and increasing obesity rates and other things in the country," Monica Basu said, Kaiser Foundation Senior Program Officer. "It's one of the most abundant countries in the world. So, it's a travesty, so it's important to get students an opportunity to pursue that profession."

According to the Commonwealth Fund, Oklahoma ranks last in the country for physicians per capita. The state also ranks first in cardiovascular deaths.