Texoma Landmark Will be Recreated 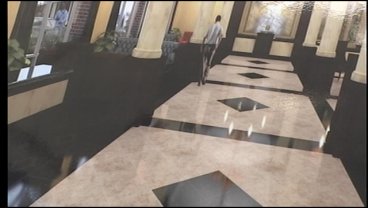 MURRAY COUNTY, OK-- Sulphur, Oklahoma will soon see an old historic landmark they haven't seen in more than 40 years. The old Artesian hotel will be recreated in the same spot it once stood. Meredith Saldana has more.

The original Artesian hotel was built back in 1906.

It was a booming hotel back in it's hay day busy with tourists and believe it or not, even some old time movie stars.

"Names like Roy Rogers and Dale Evans, you know, were here and the governor of Oklahoma used to come down so often that they called it his summer white house. So, I mean it has a lot of history," says Anoatubby.

The original hotel was privately owned and in 1960 the Sulphur landmark was destroyed in a fire.

"I've talked to folks that saw the hotel burn, you know, and they thought well they'll never- it'll never be the same but hopefully that'll change."

Thursday was the first step in reviving the old memories.

The Chickasaw Nation pushed forward with plans to rebuild the old historic building and Sulphur residents are excited about the progress.

"It's amazing to see the plans for the Artesian and think this is gonna be here in our community," says Oklahoma State Representative Wes Hilliard. "So it's gonna be a wonderful facility."

The new Artesian will bear a striking resemblance to the historic hotel and it comes with some upgrades.

It will have 81 guest rooms, a spa, banquet facilities, an indoor-outdoor pool and retail space.

Something they hope will draw in tourists.

"With the addition of the Artesian it is definitely becoming a tourist destinations place. Not just a place to come to go to the lake but a place that families actually come and enjoy the community that we have here," says Hilliard.

The new hotel will cost more than $30-million and is expected to be finished in about 2-years.