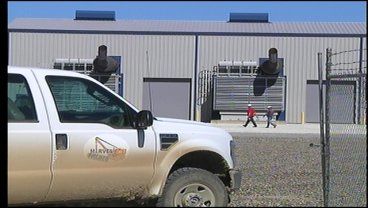 ATOKA COUNTY, OK -- A gas explosion near Caney, Oklahoma was reported Thursday. Residents say they felt the earth move when a check valve blew at a local compressor station. Deeda Payton was on scene.

Fortunately no one was injured in the blast and officials say nothing ever caught fire.

The relief valve that controls the pressure at the Markwest compressor station near Caney blew around 9:30 this morning knocking out the station, according to Markwest General Manager, Kevin Cubat. He says the valve actually did exactly what it is supposed to do, it controlled the pressure. "We had what appears to be a relief valve relieve and knocked the station down and we had some gas blowing' so but there's no injuries, no fire, everybody's fine. We're just accessing what exactly went on right now," said Cubat.

Local residents reported windows and doors rattling when it happened some even thought it was an aftershock to yesterday's earthquake.