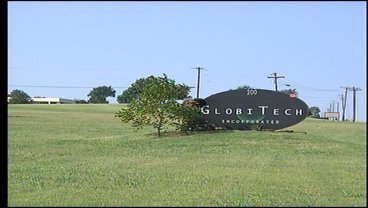 SHERMAN, TX -- A Sherman plant is offered nearly one million dollars in incentives from the city's economic development corporation. Deeda Payton spoke to the president of SEDCO about the agreement.

John Boswell says since Globitech is investing $19 million in Sherman and bringing so much tax revenue to the area, SEDCO is prepared to reward the companies performance, but if they don't hold up their end of the bargain SEDCO will claw it back.

Sherman Economic Development's board approved the performance agreement for Globitech under certain stipulations. Globitech has agreed to build $19 million worth of new buildings and furnishings at it's computer chip coating plant in south Sherman. To receive the first payment which is half of the $950,000 incentive, Boswell says they must present a certificate of occupancy by the city. Globitech will get the final portion of the incentive when they show proof their $19 million investment.

"This is one of our exciting local growth stories that we have been working with them and we're glad to have them here and have them growing," said SEDCO President, John Boswell.

Globitech has agreed to have their Sherman plant expansion complete by July 2011.