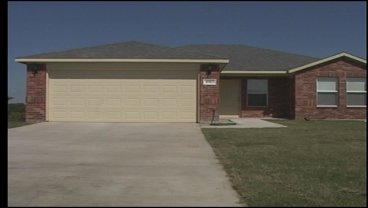 ARDMORE,OK--Some Ardmore families could soon see their dream of living in a home become a reality.

The rent will be less than five hundred dollars a month.

Not only is the rent cheap, but renters have a chance to own the home by putting money in equity after five years of renting.

Its something the builders say will help improve Ardmore.

"You picture a guy whose got a house on the block and maybe is not keeping his yard up, is not taking care of it," said OPM owner Lance Windel, "and all of the sudden a couple of brand new houses go up on his same block. He might start going, 'Hey I need to start mowing my yard. I need to pick it up, need to get the car out of the yard and try to improve the neighborhood."

Construction will take place in several neighborhoods on the east side of Ardmore in about thirty days.