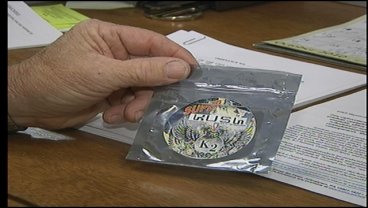 The misuse of K2, which is sold as aromatherapy, has been widely publicized. Recently, cities across Texas and even some in Oklahoma have banned the sale, possession and use of it, and Bonham's Police Chief says his community just wants to be proactive.

At the city council's regularly scheduled meeting Monday night they voted to pass a city ordinance that bans the possession, sale and use of K2. Police Chief, Mike Bankston, believes the city ordinance passed because of the community's concern about it's misuse and the damaging effects this substance can have on the human body if ingested.

Bankston says currently there are three gas stations and convenience stores that he knows of that sell K2. While one of the store clerks declined to comment on camera, he says they are aware of the ordinance and are ready to pull the substance from the shelves.