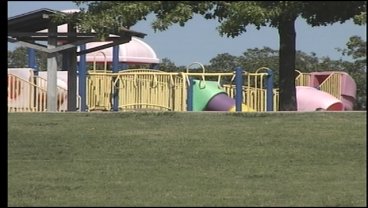 ARDMORE, OK-- Earlier this week, joggers at an Ardmore park were surprised by a man who exposed himself.

Police say they received a call around 9:30, Tuesday night, that Martin Lima was exposing himself at Regional Park, in Ardmore.

Police say when they arrived, Lima showed a false I.D. and was arrested for indecent exposure.

Sergeant Jason Qualls with the Ardmore Police Department says it's a serious crime.

"It is a felony crime and if you are convicted of this crime, then you can- then you do have to register as a sex offender and most types of things," says Qualls. "So it is a serious crime."

Immigration and Customs Enforcement put a hold on Lima.

They will likely pick him up, once he wraps up his charges in Ardmore.