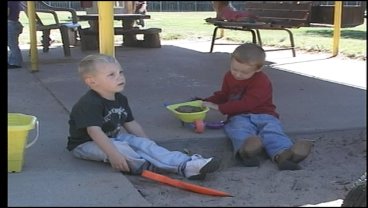 ARDMORE,OK--You would never know it by walking in, but, when you step into the Ardmore Day Nursery, your stepping back in time.

This month, the nursery celebrates sixty years of business.

It actually opened back in 1919, making it one of the oldest in the state.

After closing for the wars, it reopened in 1950 and has been open ever since.

Executive Director Raelene Best says all that longevity has led to repeat families.

"We're very happy to say we're serving second and third generations," said Best. "A lot of our current families, parents that are here now that have children were students at Ardmore Day Nursery when they were children so we're very proud of that."

The day nursery not only watches the children but provides some teaching for the kids along with daily meals.