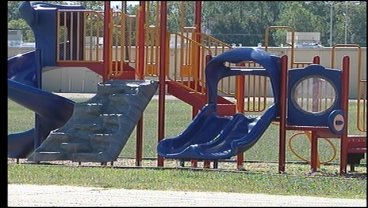 SHERMAN, TX--Fathers play an important role in a child's life. An elementary school is giving them an opportunity to show they care.

Some dads are opting to trade overtime for playtime at one school. They're called Watch DOG dads. The national effort started after the Jonesboro, Arkansas school shooting.

After the shooting, some children were afraid to go back to school. One Arkansas father decided to get a group of dads to rotate spending days with their children.

Fathers, uncles and other male guardians will get a chance to learn more about what their kids do in school.

"And you know, the moms are the ones that are involved in school--they're PTA moms, homeroom moms, and dads just don't get that big of an opportunity to come up, and this is something specific that they can come and do," Elaine Wilson said, Wakefield Elementary School Counselor.

Studies have shown that children who have a positive male role model in their life are less prone to violent behavior.

The Wakefield Elementary school counselor said that children also feel safer when their fathers are present.

According to the National Center for Fathering, almost 24 million children live in a home without a dad.