Air Race Raises Money For Those Who Need to Be Flown to Hospital - KTEN.com - Texoma news, weather and sports 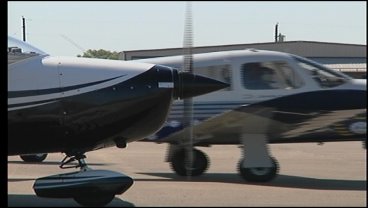 DENISON, TX--Getting to a hospital by ambulance or car may not be possible for everyone. That's why one company is working to fly patients to medical facilities.

Grace Flight of America and the North Texas Regional Airport hosted an air race Saturday. Formerly known as Angel Flight, the benefit has been held for more than two decades.

Dozens of pilots showcased their wings and took off to the sky so they can help those who otherwise can't transport themselves to hospital.

"A lot of people, after a week or so of chemo, just can't stand the thought of getting onto a commercial airline or even worse they're not really accepted by the airlines to be on the commercial flight," Phil Eggers said, Grace Flight Chairman.

"It's extremely important, because the thing is the young kids, especially their parents can't afford to put them in an ambulance and take them that way," Sid Snedeker said, Grace Flight Air Race worker. "That's why we do it this way--get them in an airplane and away they go."

Grace Flight hopes to raise $100,000 dollars at the event. Their staff is supplemented by volunteer pilots who use their own planes to transport patients.