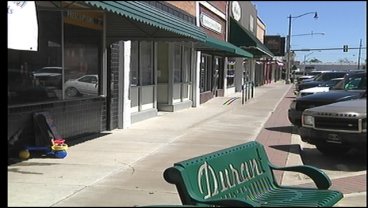 DURANT, OK -- The city of Durant has a new main street manager and she has some pretty big shoes to fill.

The Board of Directors of Durant Main Street hired Beverly Hemphill as the Program Manager.  She's a graduate of SOSU and has previously worked as manager of Salita's Mexican Restaurant in Durant and also for the Cooper Fitness Center at Craig Ranch in McKinney.  Hemphill knows she has big shoes to fill replacing Donna Dow.  Hemphill says, "Well, Donna's been so successful with this program that my main goal is just to continue on with that success.  And not only promote the businesses that are already downtown, but bring new businesses downtown also."  Donna Dow's first day as Denison's Main Street Director is this Friday.  Hemphill officially takes over in Durant on Monday.