Woman Accused of Leaving Infant May have Prior Probation Revoked - KTEN.com - Texoma news, weather and sports

Woman Accused of Leaving Infant May have Prior Probation Revoked 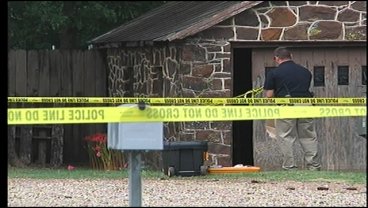 SHERMAN, TX--The woman who left her infant in a dumpster may have her probation revoked from a felony arson in 2007.

39 year old Pamela Thomas was convicted back in 2007 of felony arson.

Thomas plead guilty to trying to set a Sherman Dollar General on fire where she was an employee. She was sentenced to 10 years probation.

"We've already taken steps to reduce her probation based on the new offense and I expect she'll be kept in jail until the judge decides whether to revoke her 2007 probation and then she'll have this case to deal with as well," Joe Brown said, Grayson County District Attorney. "She's got a number of issues to deal with."

Thomas was also convicted of criminally negligent homicide in 1994 when she hit a man on a bike, killing him.

She was charged with a misdemeanor. Since then, laws have changed and the charge has changed to a felony.