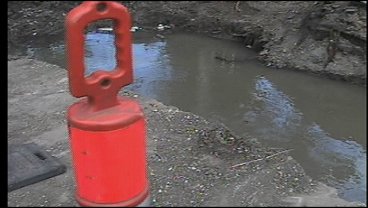 NEAR STONEWALL,OK--In Pontotoc County, four people are lucky to be alive after driving off an unfinished bridge.

It happened just northwest of Stonewall, Oklahoma on county road 3610 in Union Valley.

Troopers say the driver of the car went around construction barricades just before two o'clock Thursday morning and literally drove off where the rest of the bridge was missing.

The car then hit the creek bank and slid ten feet down into the creek below.

All four people in the car were taken to the hospital with injuries.