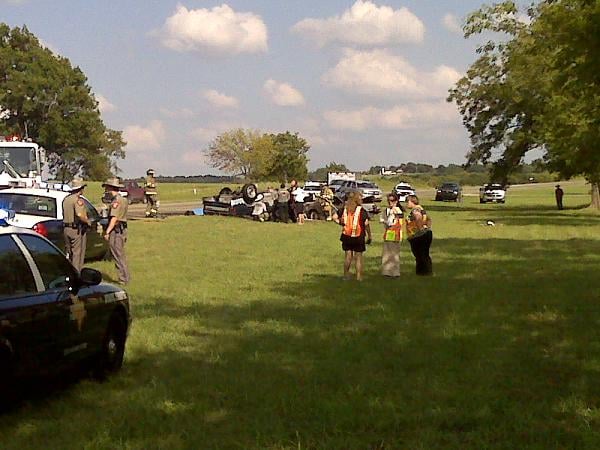 GRAYSON CO., TX -- Investigators trying to figure out what happened in a deadly crash Thursday afternoon in Grayson County.

It happened just before 4pm on Hwy 11 just northwest of Tom Bean, TX.  According to Texas DPS troopers, a pickup was headed north and was attempting to pass a car on a curve in the road.  There was a car coming the opposite direction.  Both drivers tried to avoid a collision, but hit head-on.  Both vehicles then exploded.  Trooper Mark Tackett said, "As with any crash it is a tragedy that people have lost their lives on this highway.  This accident in particular because the vehicles struck head on and they were fully engulfed in flames at the time that the folks deceased."  Both drivers died at the scene.  But because each vehicle was so badly damaged, troopers say it's possible more people may have been inside and also died in the crash.