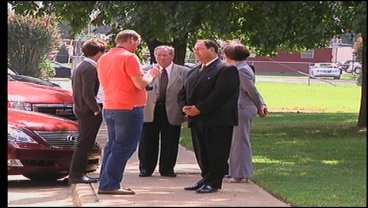 DURANT, OK -- The Boy's and Girl's Club is coming to Durant, OK and they got a big financial boost today to help with that.

A $5,000 dollar donation was given to the group today by the Kaiser Family Foundation. The City of Durant doesn't already have a Boy's and Girl's Club and when a local police officer pulled over the Executive Director of the club she asked him why there wasn't one already. So, he got his wife Kari Walker involved and the ball was soon rolling to start the club.

State leaders say today's donation will go a long way. Senator Jay Paul Gumm says "There's a lot of equity put into the Boy's and Girl's Club in this community. People like Kari who have worked very hard to build the infrastructure and start the group up. A little seed capital is a good push with that sweat equity that goes in there, and the $5000 goes a long way to move the Boy's & Girl's Club from a dream to a reality here in Durant."

The Boy's and Girl's Club hopes to open by January 2012 in the current Durant Middle School building.