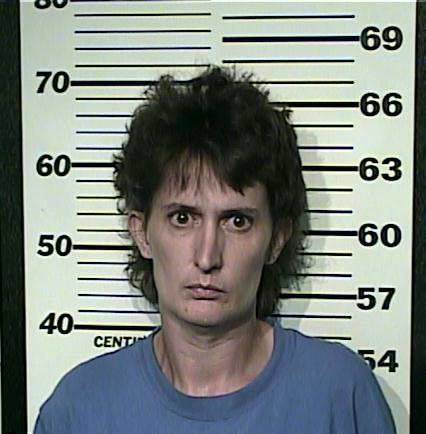 Police say about Thursday 11:00 AM, 39 year old Pamela Thomas left her baby in a dumpster behind her job at Eddie Mac's, a Sherman burger restaurant.

Her neighbors say they're shocked, and said didn't even know she was pregnant.

"I couldn't see her pregnant--she told me she couldn't have kids," David Foster said, neighbor.

Her neighbors say they didn't even know she was expecting, but just after 11:00 Thursday morning, she gave birth at work, only to leave her newborn in a dumpster.

The 6 pound healthy baby boy was left behind Eddie Mac's--a Sherman burger restaurant.  After the owner discovered it, he notified authorities immediately.

The mother was driving home until police pulled her over--just down the street from her home on the 2000 block of South Montgomery street.

"That's a shock," David Foster said. "I mean, she lives right down there. I've known her for three years and I know her whole family. I know her son and all that--and I just can't see that. It's shocking--very shocking."

"It's crazy," Ashley Foster said, neighbor. "It's just dumb really. I don't see why somebody would do that really."

A father himself, David Foster doesn't understand what would provoke someone to abandon their child.

"I mean I love my kids to death, and I can't see how anybody could get rid of their own," David Foster said.

Authorities remind expecting mothers that there are resources if they're not sure if they can take care of their child.

"There is a law in effect where if a mother has a child and takes the child to the hospital or to a fire station--there's no questions asked," Dawsey said.

Thomas has been placed under arrest for criminal attempt capital murder. She was still receiving medical treatment at Texas Presbyterian - Wilson N. Jones. Once she is released she will be taken to Grayson County Jail.

Child Protective Services will be taking protective custody of the newborn.