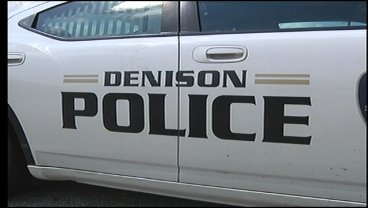 DENISON, TX -- There is an investigation of the Denison Police Department.  A major statewide police organization has asked for public records relating to the police department and some of its business practices.  KTEN's Chris Severy reports.

In this document from CLEAT, which is the Combined Law Enforcement Associations of Texas, they ask for documents from the City of Denison and its police department in nine different areas, dating back as long as six years ago.  A CLEAT staff attorney says his organization represents the Denison Police Officers Association.  Questions were apparently raised somewhere along the line regarding what the police department does with money generated from the sale of seized items, whether or not police department employees were being used to repair or restore seized automobiles and also whether or not there were potential financial improprieties involved in the repairing and remodeling of the police department facility.  CLEAT Staff Attorney Chris Barrett said, "Once we see the information provided by the city pursuant to this request, I imagine there could be additional requests.  And we'll just reassess the situation at that time."  Denison City Attorney Tom Akins responded, "We're real confident that when we have responded that whoever is at the heart of this will see that there is appropriateness not only in our procedures but certainly the manner in which the chief deals with his department.  This request is dated September 20th.  The City of Denison has ten days to respond.  That means the must have submitted all of the requested information by the end of this month pursuant to the Texas Open Records Act.  Of course we'll continue to follow this and bring you the latest developments.